Report by the BBC

Private investors will be asked to match the amount.

The money will be aimed at fibre broadband providers who are looking to expand.

Mr Hammond will also commit £740m to the development of 5G and the further rollout of fibre connections.

There is no launch date for the 5G service yet.

The UK must move towards providing “fibre-to-the-property” broadband, rather than fibre to the roadside cabinet, the Chancellor will say.

Currently, only 2% of the UK has access to this “full-fibre” connection, offering download speeds of up to one gigabit per second, according to government figures,

That is 35 times faster than the 28.9Mbps average UK speed internet connection according to Ofcom.

Full-fibre provision is already offered by some independent broadband providers such as Hyperoptic, Gigaclear and B4rn, but to thousands rather than millions of customers.

BT chairman Sir Mike Rake said the firm had developed an interim technology to get more full-fibre broadband to the property.

“We are committed to getting fibre to the premise ultimately, which is the long-term game, because it’s much more reliable,” he told the Today programme.

Until that is rolled out, BT will “substantially enhance” speeds for 95% of the country, he said.

Twelve million homes would also have broadband speeds in excess of 300Mbps by 2020 as part of a £6bn investment package, he added.

Dan Howdle, consumer telecoms expert from the website cable.co.uk said the government’s funding of superfast broadband was “absurd” at a time when so many people struggle to get reasonable speeds.

“The government should be spending this money where it matters most, along with putting in place firm restrictions as to exactly where this new network provision can be applied – prioritising those who need it most,” he said.

“Britain’s industrial strategy needs a digital backbone, and it is essential that we move quickly to plug the UK’s ‘fibre gap’ and empower our service-based economy,” said chief executive Greg Mesch.

You’ve heard of superfast, and maybe ultrafast but now the government has come up with a new term – gold standard full-fibre broadband.

What is interesting about this announcement – which by the way was first trailed in last year’s Autumn Statement – is an acknowledgement that the UK’s broadband strategy may have been on the wrong track.

So far most of the public money invested in broadband infrastructure has gone to BT, whose strategy has been to roll out fibre to the roadside cabinet, not to the home.

As the Treasury says in its press release, that has made the UK look good in terms of “superfast” coverage – although some would quibble at the definition of superfast.

But as for that gold standard full-fibre broadband piped right into the home – well, the government admits we’re falling behind, with only 2% of premises currently having access to it.

The new money the government is promising will go to small operators rather than BT – and even if it does get to two million homes and businesses as promised, the UK is likely to remain a laggard in the full-fibre race.

It will still be mainly up to BT to give the country the future-proof infrastructure it needs – and the government will be hoping that increased competition makes it up its game. 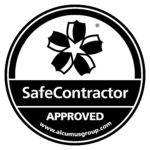